Our first German Book Club will kick off in February with book discussions of this landmark in recent German literature. Read it in the original German if you can or read it in English translation if you are still working on your German. We will have an English language discussion of the book on February 6, 2021 at 2:00 o’clock in the member bar followed by a German language discussion that same day at 4:00 o’clock. German learners are encouraged to attend both sessions to work on their listening comprehension skills. Afterwards, we will pick a good time for all of us to watch the movie.

As Germany rebuilds after World War II, teenager Michael Berg has a passionate summer affair with Hanna Schmitz, a woman several years his senior. Michael is heartbroken at the end of summer when Hanna abruptly disappears without a trace. Six years later, while studying law at Heidelberg University, he is appalled to discover that Hanna is on trial for a brutal Nazi war crime. Many years after that, divorced and estranged from his child, he reconnects with Hanna who is still in prison and tries to come to terms with the past, both his and Germany’s.

Written by Bernhard Schlink, a professor of law at Humboldt University in Berlin, Der Vorleser (The Reader) sold over 500,000 copies in Germany and over 2 million in the U.S. after making it on Oprah Winfry’s Book Club. Spiegel magazine called it the best work of German literature since Gunter Grass’s Die Blechtrommel (The Tin Drum). It was the first German book to top The New York Times bestselling books list. In 2008 it was made into a film starring Kate Winslet, Ralph Fiennes and the renowned Swiss-German actor Bruno Ganz. The film was nominated for 5 Academy Awards and Winslet won the Oscar for Best Actress 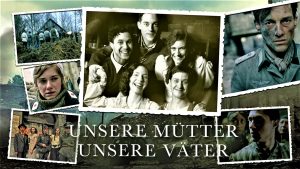