Free and open to the public. Reservations are not required. Kino usually takes place the second and fourth Tuesday evenings of every month at 7:30 pm.

A mountain film comedy? Yes, that is Der Grosse Sprung! This Bergfilm from Director Arnold Fanck has a young shepheress (Lentriefe N Stahl) who lives in the Dolemites, falling in love after resculing a bigtime skier/tourist from Berlin (Hans Schneeberger). Filmed on location in the German Alps, Fanck empolyed six cinematographers to capture the skiing action.

Screened in original German and subtitled in English. FSK 06

The year is 1936, and two skilled climbers, childhood friends from Bayern, decide they want to be the first to scale the Northface of the Eiger. Directed by Philip Stolzi, and filmed on location in Austria and Switzerland. Film is based on fact and stars Benno Fuermann and Florian Lukas.

Screened in original German and subtitled in English. FSK 12 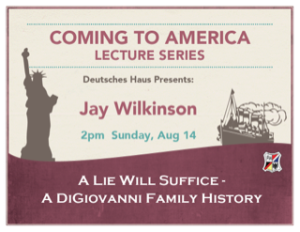